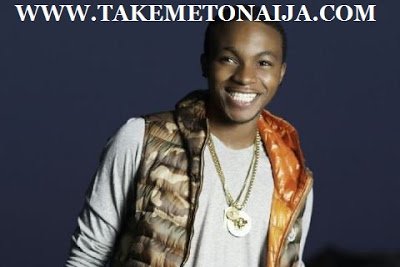 INTRODUCTION
Ayo Jay is a young Nigerian artiste who got his break to stardorm in 2015 after featuring Fetty Wap on a single he titled “Your Number”. He is currently signed to SONY RCA and One Nation.

EARLY LIFE AND BACKGROUND
Ayo Jay as we all know him is an exceptionally talented and highly promising young singer and song writer. Born in London, England, Ayo Jay was raised in Lagos, Nigeria.

Although he discovered his singing and song writing abilities at a tender age, he ruled out a career as a musician as he felt his shy personality would be better suited elsewhere rather being in the spotlight that comes with being a top artiste. More importantly, he did not think his parents, who placed a premium on higher education, would approve of a career in music.
In an interview he  mentioned:
“Growing up, I used to sing in the bathroom. When I started paying attention to Nigerian music, listening to Wande Coal, I thought I could do something similar. I looked at the impact that Wizkid made, so I decided to give it a push.”

In the year 2007, upon graduating from high school in Nigeria, Ayo Jay moved to the United States to pursue a college degree in Finance and Investments. During his spare time, he found himself either listening to, or writing and singing songs. In 2011, Ayo Jay, who had previously ruled out a career in music, had a change of heart as friends and some family members recognized his immense talent and constantly urged him to try and develop it. It was then he started to reach out to several music producers to help transform his raw abilities and artistic ideas into top quality songs.

His musical expressions channel as much from West African pop as from Western R&B and rap. Citing heroes like Usher, Akon, and Nigerian artist 2face Idibia, Jay began singing at a young age, though it wasn’t until after he’d attended college in the U.S. that he began to consider music as a possible career. In 2011 he began reaching out to a handful of producers to help bring his songs to life

Within a couple of years he’d signed a deal with One Nation Entertainment and began releasing singles. Among his early singles was a bright, catchy standout called “Your Number,” which he later re-recorded with rapper Fetty Wap in 2015. Additional singles like “Gbadun” and “Ibadi Yen” arrived in 2016 as Jay prepared his debut album.

Speaking on how he got signed to his present label:
“The it owner of the label heard my stuff on YouTube and on Notjustok and was looking for me. He thought I was in Nigeria not knowing I was actually in New York, the same city he was in. Somehow, through some people, we met. That period I had offers from major labels in Nigeria, like Star Boy, EME, but OneNation’s plan is best for me, so I went with them.”

In 2015 he signed a six-figures deal with popular international label SONY RCA which caused quite a lot of buzz on Twitter Nigeria for the fact that he actually isn’t big in Nigeria. His song “Your Number” featuring fettywap has crossed a lot of bounds internationally most especially in New York, U.S.A

No popular award or endorement yet.